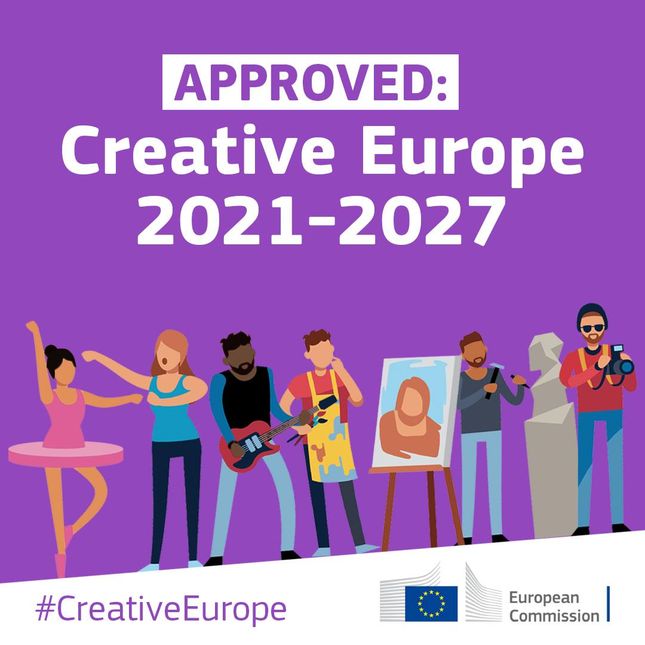 The Creative Europe programme is the flagship instrument in support of the cultural and creative sectors – and the only one designed by the EU to support them specifically.

With a dedicated budget of more than €2.4 billion, the new programme will continue to promote cultural and linguistic diversity, heritage and competitiveness, and will allow cultural and creative organisations and professionals to co-create and cooperate across borders and to reach wider audiences, tackling current societal questions and supporting emerging artists. A strengthened focus on the use of new technologies will allow the sector to remain competitive and up to speed with the green and digital transitions.

The MEDIA strand will keep supporting projects with a European dimension and an international one; as well as nurturing talent and supporting the use of new technologies to strengthen the competitiveness of the sector. For the first time, the news media sector will be supported throughout different actions promoting media literacy, pluralism and media freedom under the cross-sectoral strand.

Implementation of the new programme is planned for early 2021 and it will run until 2027. As a next step, the legal adoption of the MFF package along with the ratification of the Own Resources Decision is now urgently needed. Once adopted, the EU's long-term budget, coupled with the NextGenerationEU initiative, which is a temporary instrument designed to drive the recovery of Europe, will be the largest stimulus package ever financed through the EU budget.

Innovative models of financing CCIs during...

Released the new policy brief of the Social&Creative Community. Check it...