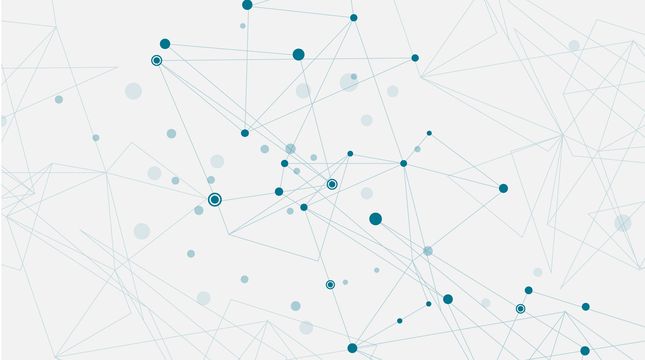 Oriented Bayesian Nets (OBNs) are visual representations of probabilistic models taking the shape of directed/acyclic graphs, where each node is a variable of the model and each edge to another node is associated with a conditional distribution of probabilities, which highlights the dependency between variables and noting their variations, before and after the change.

The resulting graphical structure is similar to that of a typical social network, with the important addition of a precise orientation: in other words, the edges between nodes cannot be navigated either way, but only in a single direction, which makes an OBN more similar to a cause-and-effect diagram and therefore more suitable to explain the dependencies between variables of a model, including, but not limited to, the evolution of a certain policy across time.

Further, each node in the network contains and displays the extra information constituted by the (estimate of a) conditional probability distribution for the possible values of the variable corresponding to that node, where conditional means that the probability of a child variable to take on a certain value depends on the combination of values of its parent nodes.

OBNs are fast and reliable policy analysis tools, as they help policy makers reasoning under uncertainty arising from gaps in knowledge about systems, imperfect understanding of systems, randomness in the mechanisms driving systems’ behaviour or any combination of these factors. They can help focus attention on key aspects of a complex system thus allowing analysis to concentrate on the important relationships in a large multivariate data set.

In the Social&Creative Project, OBNs are put at the service of the project’s Mainstreaming Model: the idea is to use OBNs as representations of alternative scenarios of policy change, where there is some (ex-ante) control on the possible options and the (ex-post) outcomes depend also, at least to some extent, on the use of some of the assets developed, among others, by the Modular Projects that belong to the S&C Community.

The S&C project partnership plan to make use of shared OBN-based visuals to provide innovative policy templates, i.e. representations of policy processes of relevance for the project’s main stakeholders (local, regional and national policy makers from the MED area). In particular, the project will identify 5 relevant OBNs describing how the knowledge and results of the Modular Projects funded by the Interreg MED Programme and belonging to the S&C community can be profitably used to improve the quality and effectiveness of policy making in the selected thematic domains.

OBNs will be collected and displayed into an online platform, named THEMIS, which will allow a generic user to seamlessly generate innovative policy templates in the form of OBNs. The first prototype the platform is available at this [link], but it will be implemented and completed in the coming months.

What's new in the Social&Creative Community? Read our latest newsletter!